There are more than 100 parks in Forssa and the total area is 386 hectares. In the public areas of the city as well as in the parks, it is possible to organize various events and raptures such as park gymnastics, residents’ association meetings or even birthdays. The event organizer must apply for a license for the area. However, a permit is not required for short-term or other small events organized by an individual, anniversaries, bachelor parties, etc. However, the venue can be reserved if you wish. The need for a permit and additional information can be verified from the infrastructure services.

Here are the three biggest parks in Forssa:

Forssa National Urban Park is more than 814 acres of scenery in the Loimijoki River valley and parks. It also has different activities and events. Its history tells of the rapid change from the countryside environment into an industrialized center within a century. There are also different events such as the Nice Run Event or monthly ’Park Run’ organized by a local sport association Forssan Salama.

Axel Wilhelm Fahren founded the park in 1852 and gardener Rydberg planted rare tree species such as linden, oak, ash, poplar, dove, maple, larch, as well as various birches, spruces, semi-pine, rowan and mountain elm trees in the park in 1861-1885. After Rydberg, the factory company nurtured the park for nearly a hundred years. The city took care of it in the late 1970s and bought the park for itself in connection with the Spinning Shop trade in 1982. The company park was renovated in 2003. 53 new trunks were planted in the area: lime, oak, elm, ash, cherry, maple, birch, and spruce. 21 new luminaires were installed in the park and the fountain was renovated. The Factory School in the park was protected by the Building Protection Act and moved to the Company Park in 1979. At the same time, the building was repaired and made available to the Citizens’ College. The exterior lining of the factory school was painted in 2017.

Wahren’s Park is a common place for FAMKO’s outdoor events. Talvirieha and Tursajaiset are usually atleast partly in Wahren’s Park. It’s also common to have a picnic or other casual meetings in the park.

The clay needed to rebuild the Kuhala mill in 1845 was purchased from Ankkalaminpuisto. This is where the ponds of Duck Park came about. Kauppala bought the areas in 1926 from Oy Finlayson Forssa Ab and in 1959 from the United Bank of Finland. In 1928, Kauppala decided to develop the area into a park, and in 1949, commercial gardener Eino Eramo made the first official park plan for the area. The first birds, 2 geese, were handed over by merchant H. Lindfors for the summer. Since 1960, Lammi has had a mute swan couple. Ankkalamminpuisto is home to Finland’s second largest variegated maple: Acer platanoides “Drummondii”. In 2004, the starting point was to preserve the old trees in the area as much as possible as the backbone of the new planting. New vegetation was planted together. 60 different species or varieties and about 8,600 pieces. The park also houses a pumpable well, built in 1862 and donated to the city of Forssa by Forssa Regional Cooperative Bank in 1982.

Liesjärvi national park
Liesjärvi is located south of Forssa in  Tammela, Southern Häme region with unspoiled forests and lakes, and clear traces of the Ice Age. The heritage farmstead at Korteniemi is the parks´s most popular attraction. Liesjärvi is a perfect place to spend a day out on a fresh air and enjoy the beautiful sceneries of Finnish nature. This park has about 30 km of trails, and facilities including shelters and campsfire-sites. A network of more 200 km of interconnected trails starts from korteniemi, leading to sights including the Häme Visitor Centre, nearby Torronsuo National Park, and the historic town of Hämeenlinna.

Torronsuo National Park
Torronsuo National Park is located just about 12km to the southwest of Forssa. Torronsuo is the largest raised bog in Southern Finland. It is a good destination for a trip during a whole year. Visitors can admire the open bog and its rich birdlife from duckboard trails or the park´s high viewing tower. During snowy winters skiing trails cross the bog. An easy 1,5-km round trail starts from Kiljamo, with the first 150 metres of this trail accessible for disabled visitors or parents with pushchairs. This trail passes a campfire site and the 17-metre-high Kiljamo viewing tower, which offers splendid views over the open bog. From near the campfire site a longer duckboard trail leads over the bog for about 3 km to a disused quarry of Härkäsaari. From here it is possible to return to Kiljamo by walking backroads through the village of Torro. This round route is about 10 km, and walkers should have a map. In winter more than 30 km of cross-country skiing trails are maintained at Torronsuo from january to March by a local association. Ski-trekkers can start their trips from Kiljamo, riihivalkama or Torro, and choose from several alternative routes. 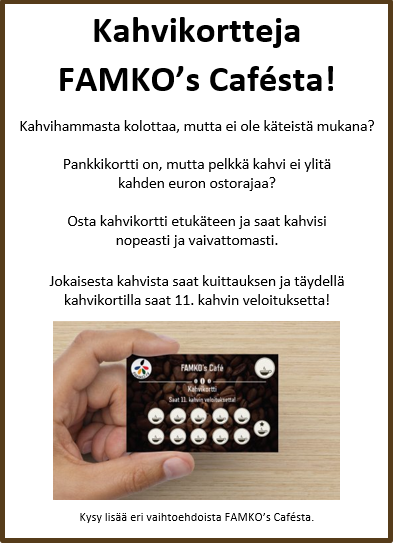